Our Annual General Meeting is held in June. All residents of Werrington are invited to attend this. Those aged 18 and over and living in the area can attend and vote at the meeting. Anyone from outside the area can attend and speak but not vote. During the meeting Members of the Council are elected to serve a two year term (five are elected annually). The Co-opted members (up to 6) are appointed at Council Meetings throughout the year and not at the Annual General Meeting. All of the officers and representatives of our Council are appointed at the first post-AGM Full Council meeting and not at the AGM.

PAPERS FROM OUR 2021 MEETING are here

One of the key features of the Neighbourhood Council AGM, held in June, is always the various awards that are made to members of the community. These include:

COMMUNITY CONTRIBUTION AWARDS: Presented by Lise Alexander Smith, who made the nomination of Newton Fallowell Estate Agents for all their support of community events and Werrington organisations

COMMUNITY EDUCATION AWARD: Presented by Vince Moon to David Gwyer who has made three films showing the importance of Cuckoos Hollow and Werrington’s meadows

In addition, the Blue Bell Village Pub has received a Community Contribution Award for all their support of community events and their community ‘Exchange’ which was presented at Neighbourhood Council’s November meeting 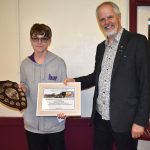 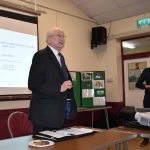 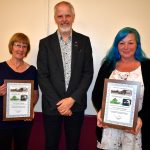 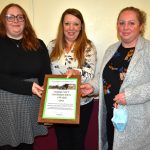 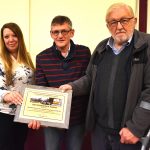 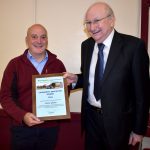